Market Update: Last month we shared the chart showing how often we typically see a market correction.  "A History of Market Corrections." First Trust.  It’s been a while since we’ve seen a correction, so we know one is coming.  We’ve seen some volatility in the past couple of weeks.  This is a normal part of investing.  And as we stated last month, when the economic indicators are strong – as they are today – market corrections tend to have a much shorter recovery time.

Let’s talk about the “October Effect!” It’s the perception that stocks tend to decline during October. Many of the largest market declines have happened in October, including the Great Crash of 1929, which signaled the start of the Great Depression.

The ghosts of 1929 reappeared in 1987 during Black Monday (October 19), where the market dropped 22% in one day! Those two examples aside, statistical evidence doesn’t show that stocks actually trend lower in October, so the October Effect is considered a psychological expectation rather than an actual phenomenon. Still, don’t get spooked by the markets this month!

First Trust and Triad Advisors are not affiliated. 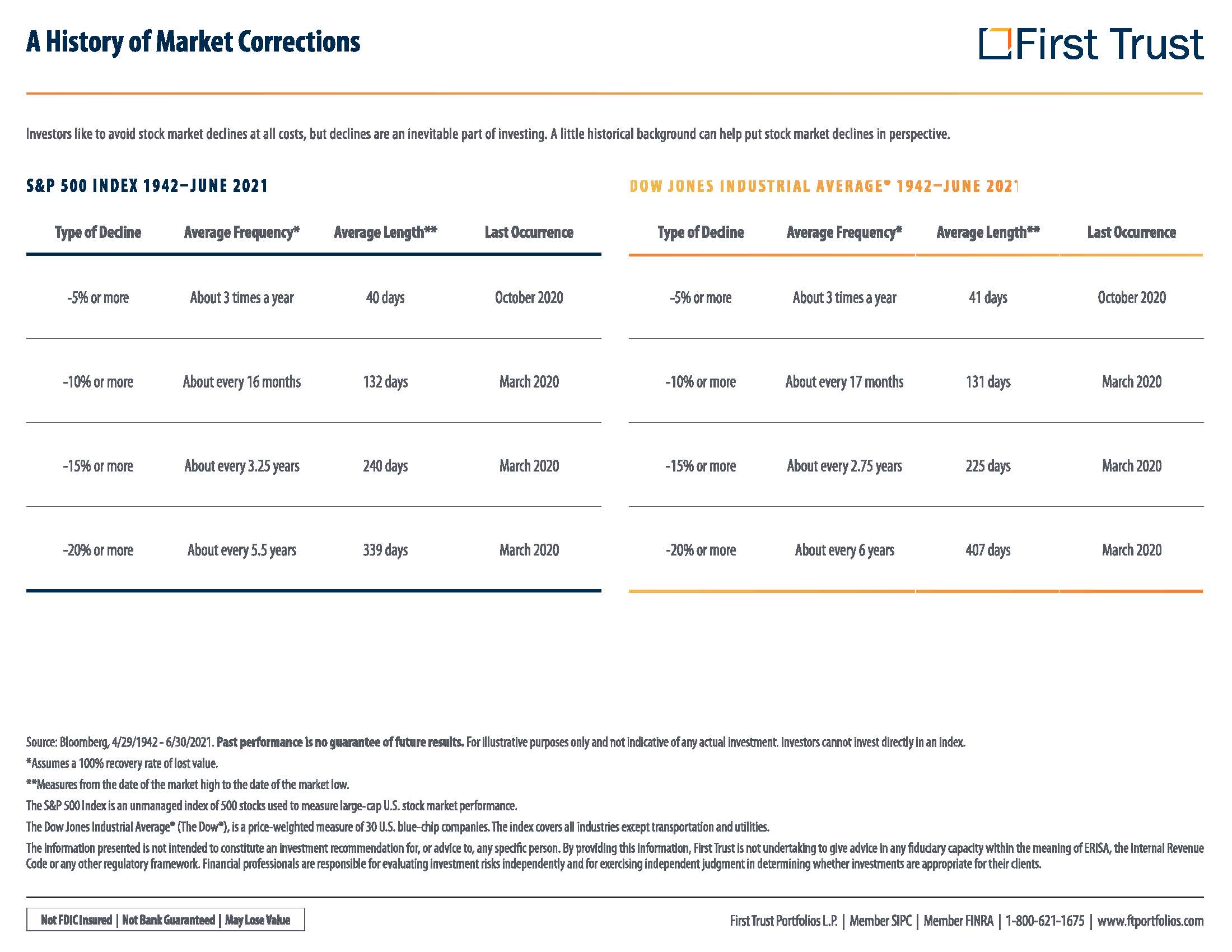